Surveyors are experts in the science of measurement. Surveyors collect very accurate data (within 1-10cm) while other geospatial experts collect more general data.

From the earliest civilations people have needed to measure the land and set out areas for farming and buildings. The best way to show this information is on a map. The process of making or drawing maps is called cartography.

The first step in creating a map is collecting geospatial data. Today surveyors and other spatial professionals do this work.

Surveyors are experts in the science of measurement: they collect and use spatial information. Surveyors specialise in collecting and using different sorts of geospatial data for a range of different locations:

Once accurate geospatial data has been collected and processed by surveyors, it can be made available in many forms:

What tools do surveyors use? 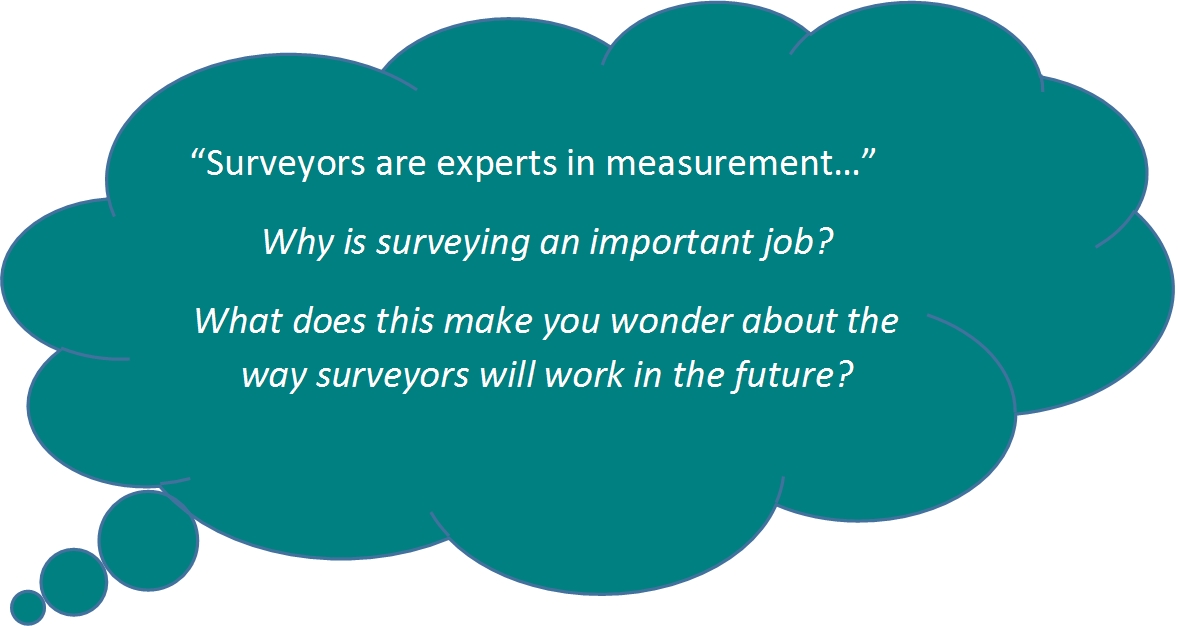 Surveyors use special tools to help them measure.

As late as the 1990s, the basic tools used by surveyors were:

More recently laser scanning has been used for 3D mapping and theodolites are now electronic and are called 'total stations'.

Intersection or triangulation– real life use of geometry

Surveyors use a technique called intersection (which can also be called triangulation) to calculate the distance to a remote point. Intersection uses a triangle and some simple mathematics. You can use intersection to measure the distance across a river. Here’s how: 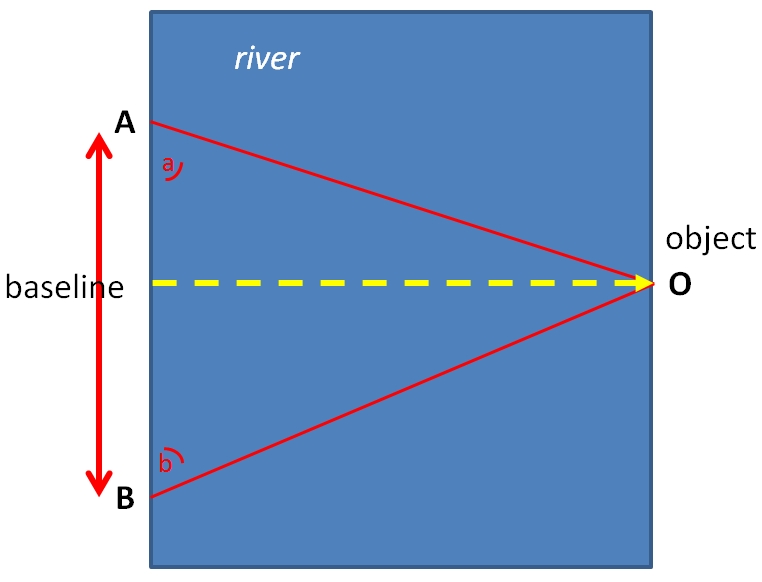 The baseline is the distance between two points A and B.

For a closer object, the angles A and B will be smaller but for an object further away the angles will be larger (closer to 90 degrees). Once the angles are measured you can calculate the perpendicular distance (yellow line) to the object. 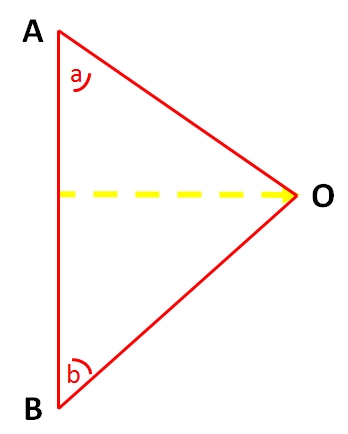 The triangle has one side with a known distance and two known angles. The distance to the object can be fixed with a simple maths equation using the two angles (A and B) and the baseline distance.

What work do you think surveyors would do in the area where you live and why would this be important? 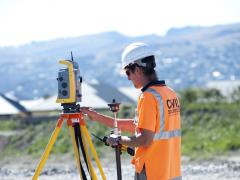 Surveyors are experts in measurement to find out the location of things. Image: LINZ. 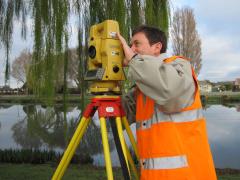 Surveyors use special tools to help them measure. In this photo Lloyd McGarvey from LINZ uses an electronic theodolite with a laser (called a total station) on a tripod. Image: LEARNZ. 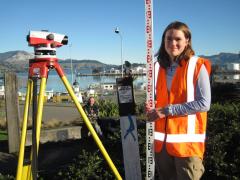 Paula Gentle is a Geodectic Surveyor with LINZ. Paula's job is to ensure that the coordinates on survey marks throughout New Zealand are correct. Why do you think this is important? Image: LEARNZ. 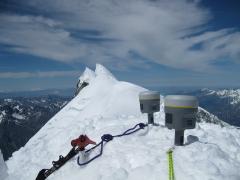 Surveyors used special GPS receivers on Aoraki Mount Cook to help measure the mountain's exact height. Why might the height of Aoraki be different to what it was in the past? Image: Otago University.