A World of Industry | LEARNZ
Skip to main content

A World of Industry

Industry has changed the way we live and improved our standard of living.

Industry has transformed our world. Before the Industrial Revolution began in 1760 people didn’t own much. Clothes for example, were handmade from local plants and animals and were expected to last for many years. Goods that required a lot of work to produce, such as paper and glass, were expensive, and only the wealthy could afford them.

Food was also grown and prepared locally. In most cases it was eaten soon after harvesting or hunting although home-based preservation methods were used to allow some foods to be eaten later.

The Industrial Revolution replaced many human workers with machines. Cheap mass-produced goods replaced expensive handmade goods and often new materials were used, like plastic, rather than more natural materials. As a result, goods became less expensive and were available in greater quantities.

As industry became more productive, more and more goods were produced to be sold at lower prices, and food in particular was processed and packaged in ways to make it last longer and allow it to be transported to other places – including other countries.

Can you imagine what life would have been like before the Industrial Revolution?

You have probably heard people talking about the economy. The word economy is used to describe the way that a country organises its use of money, goods, and trade.

Some countries have more developed economies than others and are often called developed or industrialised countries. These countries have strong economies where most people enjoy a good standard of living. This means that they receive good education, health care, and job opportunities.

New Zealand is known as a developed or industrialised country. Countries with less developed economies are sometimes called developing countries.

Developed countries such as New Zealand have industries that make money. The term industry covers all the businesses and factories that change raw materials into goods or that provide useful services.

The word industry is also used to describe a group of businesses that produce a similar product or service. For example, the tourist industry is made up of hotels, travel agents, rental car companies, airlines, railroads, and all the other companies who provide services to tourists.

A country's wealth is based largely on its industry. The more productive the industry, the greater the country’s wealth. The standard of living in a country can be measured by the number, cost, and quality of goods produced through its industries.

Primary industries are those that grow and harvest plants and animals, and extract raw materials, from which useful items can be made. They include:

The primary sector also includes industries that change raw materials into usable products through processing and manufacturing. For example, Bakeries that make flour into bread and factories that turn milk into cheese.

They also include industries that provide essential services and support to allow the primary sector to function. These are often called service industries and include:

During this field trip, you will be looking at New Zealand’s Industries that make up the primary sector and how they are managed. You will explore aquaculture, agriculture and forestry and see how these industries use science and technology to create world class products. 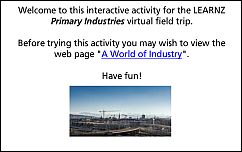 What industries operate in the area where you live? 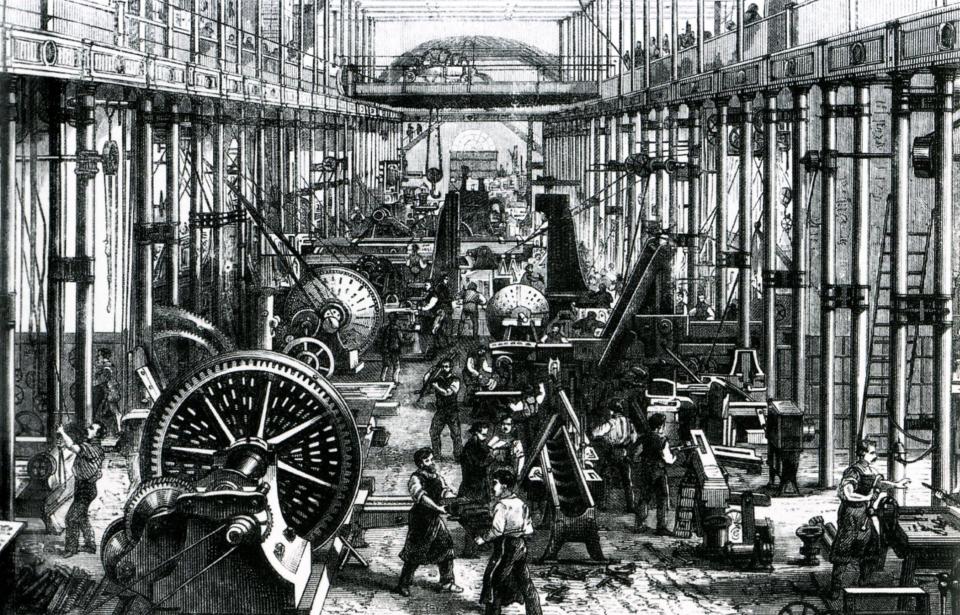 This image shows the the machine works of German Engineer Richard Hartmann during the Industrial Revolution when machines were built to replace the work that many people did. Image Public Domain. 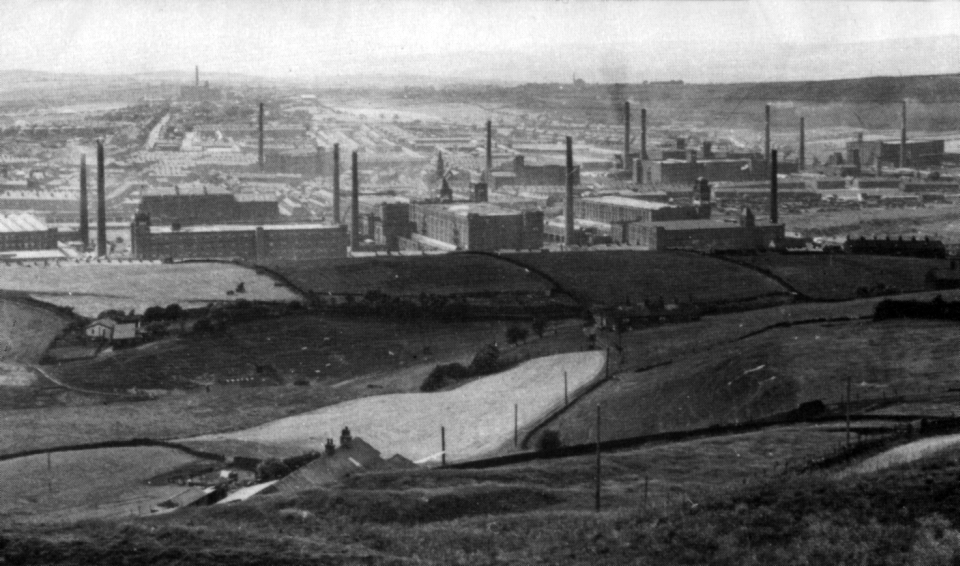 The Industrial Revolution began in 1760 in Great Britain and changed the way goods were made and sold. Image: Public Domain. 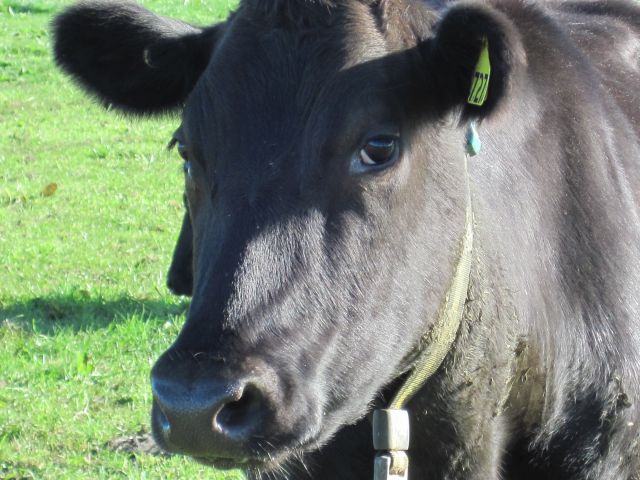 Primary industries are those that grow and harvest plants and animals, and extract raw materials, from which useful items can be made. Image: LEARNZ. 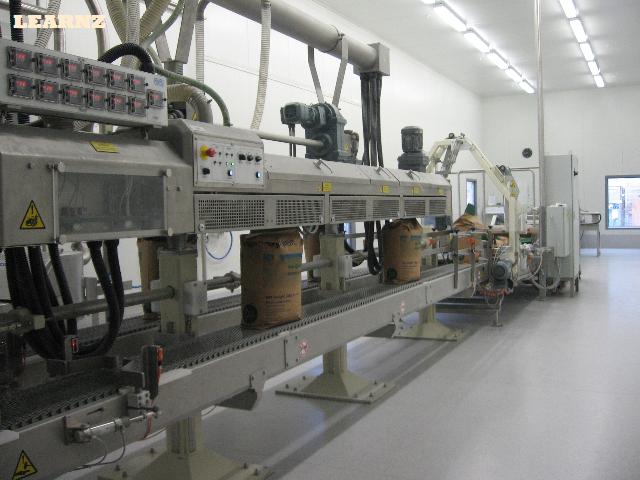 The primary sector also includes industries that change raw materials into usable products through processing such as this dairy factory where milk is made into milk powder for export. Image: LEARNZ.