The term supervolcano is used to describe volcanic systems which have in the past produced the world’s largest eruptions.

What is a supervolcano?

A supervolcano is a volcanic centre that has had a very large eruption in the past. Volcanic eruptions are classified using the Volcanic Explosivity Index, or VEI. Like with earthquake magnitude the VEI is a logarithmic scale. This means that an increase of one in VEI number is equivalent to a tenfold increase in volume of erupted material.

A supervolcano is a large volcano that has had an eruption of magnitude 8, which is the largest value on the VEI. These eruptions deposit more than 1,000 cubic kilometres of ash and pumice. Eruptions of this size usually create a caldera or depression. This is because so much material has erupted out of the magma chamber the ground above collapses.

Even though supervolcanoes have had huge eruptions in the past they can also have much smaller eruptions.

How do supervolcanoes form?

Supervolcanoes occur when magma in the mantle rises into the crust but the magma can’t break through. Pressure builds in a large and growing magma pool until the crust is unable to contain the pressure. This can occur at hotspots or at subduction zones.

What happens during a super-eruption?

Super-eruptions are dominated by explosive activity, where the erupting magma is torn apart by gases dissolved in it. There are two different kinds of activity in a super-eruption:

A pyroclastic flow is very dangerous and destructive but only travels a few kilometres. Plumes of ash can spread over vast areas.

A super eruption in the Taupō Volcanic Zone could cover most of the North Island in over a metre of ash, depending on the wind direction during the eruption.

Supervolcanic eruptions can cover huge areas with lava and volcanic ash. The spread of ash in the atmosphere can cause long-lasting climate change as the ash stops energy from the sun reaching the Earth’s surface. Super-eruptions could cause a lowering of temperatures and trigger an ice-age.

The Oruanui eruption of New Zealand's Taupō volcano (about 26,500 years ago) was the world's most recent super eruption.

Ready for a quiz? Try the "Supervolcanoes" activity.

If supervolcanoes do not always have large eruptions why do you think it is still important to prepare for super-eruptions? 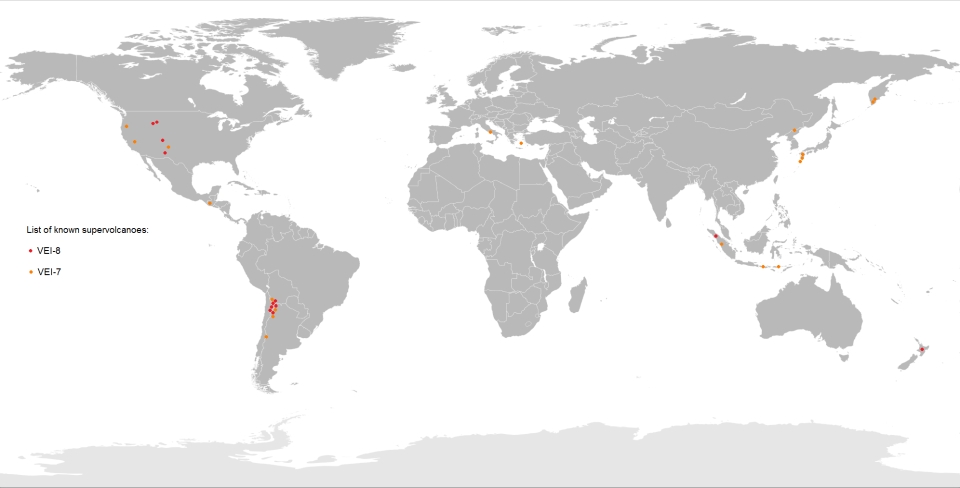 This map shows some of the largest known eruptions to have occurred. The red dots represent super-eruptions of magnitude 8 while the orange dots show smaller eruptions with a volcanic explosive index of magnitude 7. Image: Wikimedia. 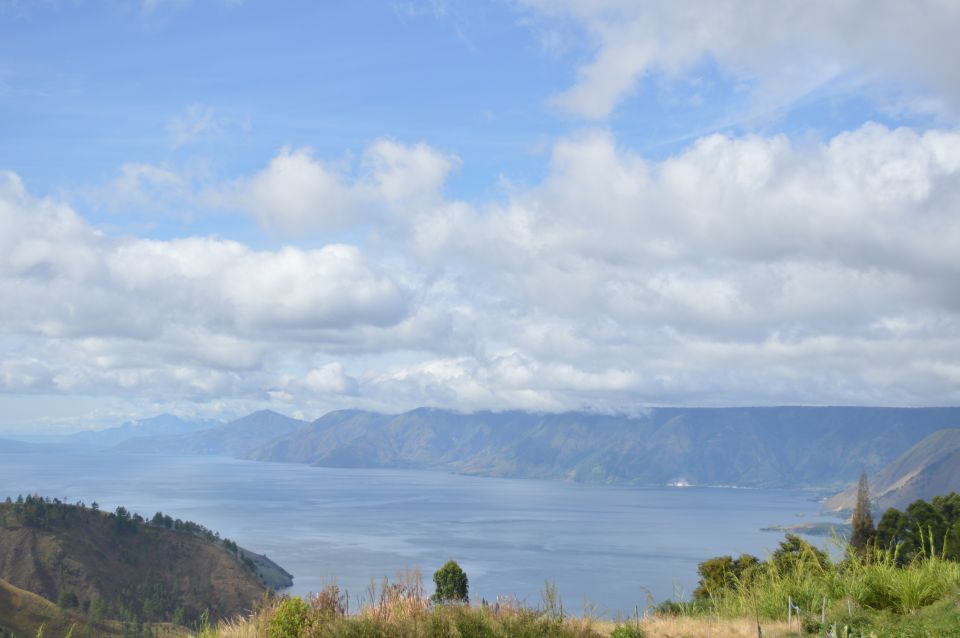 Lake Toba in Sumatra, Indonesia is a caldera created by a supervolcanic eruption over 70,000 years ago. Image: Wikimedia; Vebyapsari. 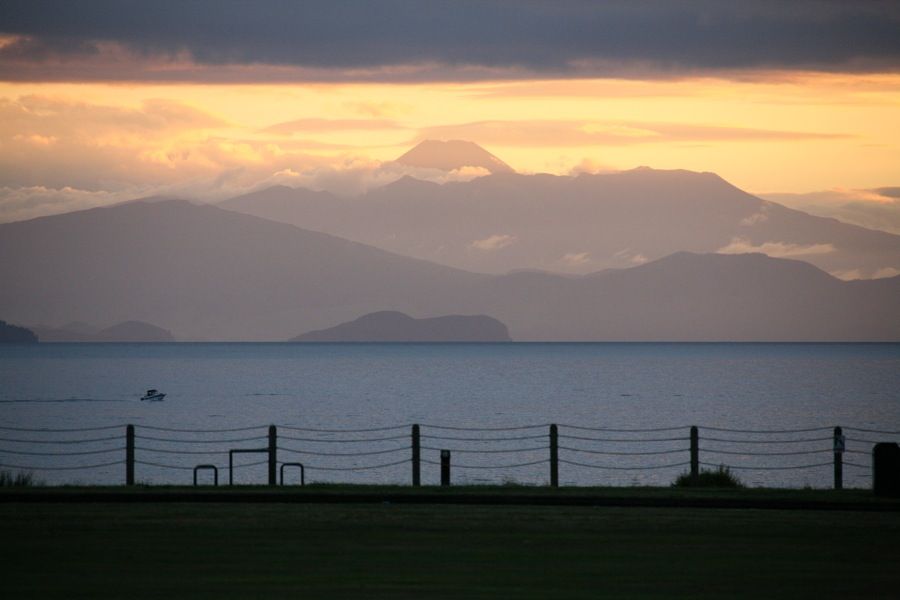 Lake Taupo is a caldera created by a supervolcanic eruption. Image: Small, Flickr.