New Zealand lies on the boundary between two tectonic plates. When the subducting plate melts, the buoyant magma can come to the surface and erupt. New Zealand has many volcano types but three main types are recognised. Eruptions are different depending on the type of magma.

Inside the Earth there is a red-hot liquid rock, called magma. Volcanoes happen when magma rises to the surface of the earth, which causes bubbles of gas to appear in it. This gas can cause pressure to build up in the mountain, and it eventually explodes.

Like earthquake activity, volcanoes in New Zealand usually occur along the plate boundary. Beneath New Zealand, the Pacific plate is pushing into the Indo-Australian plate and is being forced down into the Earth’s mantle. This creates a zone of subduction where the plate melts. Magma rising from this “subduction” zone produces a line of active volcanoes known as a volcanic arc. Most of New Zealand’s active volcanoes are caused by this process.

New Zealand’s volcanoes are part of a larger zone of active volcanism at plate boundaries that rim the Pacific Ocean – the "Pacific Ring of Fire".

How does the magma form at a plate boundary?

When one tectonic plate sinks down beneath another one, its temperature increases and the minerals in the rocks start to release water. This water then escapes from the subducting plate and rises into the plate directly above it. This fluid causes part of the overriding plate to melt and form pockets of magma.

Beneath the North Island the Pacific plate is thin and dense, so is forced down into the mantle beneath the lighter Indo-Australian plate to form magma. Magma is melted rock found deep inside the Earth.

Magma has dissolved gases in it and is lighter than the rocks around it, so has ‘bouyancy’ and it can therefore rise up into the crust. The magma may find its way upwards along cracks and weaknesses in the Earth's crust to reach the surface and burst out as a volcanic eruption.

The opening at the earth's surface is called a vent. Once this magma reaches the surface at the vent it is called lava (if it erupts in a lava flow) or tephra (if it gets blasted apart explosively in the vent).

The volcanic region of the central North Island is called the Taupō Volcanic Zone. It is made up of a line of active and potentially active andesite stratovolcanoes (volcanic cones) stretching from Ruapehu in the south to White Island in the north.

Unlike the Taupō Volcanic Zone, the volcanoes of Auckland are not on a plate boundary. Instead, they have formed in the middle of a plate; this is known as ‘intraplate’ volcanism. Sometimes these areas are called “hotpots” or “mantle plumes”. The magma comes from the mantle, and the type of magma produced is called basalt.

Scientists don’t know why some areas of the mantle are hotspots. When enough mantle rock at the hotspot has melted, it rises to the surface. Basalt magma has a lower silica content than andesite and rhyolite which lets it flow easily. Basalt magma can force its way through the Earth's crust to erupt and form a basaltic volcano at the surface. There are over 50 volcanoes in the Auckland Volcanic Field.

Volcanoes can be divided into two groups:

An eruption of magma at the surface of the Earth can be either explosive or non-explosive (effusive).

Explosive eruptions occur when escaping gases tear the magma apart into pieces, and usually happen when the magma is sticky (viscous) and has lots of gas in it. Such eruptions produce pyroclastic flows and ash.

Sometimes, magma comes into contact with water. When this happens, the eruption can be very explosive. Effusive eruptions occur when liquid magma flows out at the Earth’s surface (lava flows or domes). Effusive eruptions are common when the magma has low viscosity and less gas in it.

Ready for a quiz? Try the "New Zealand Volcanoes" activity. 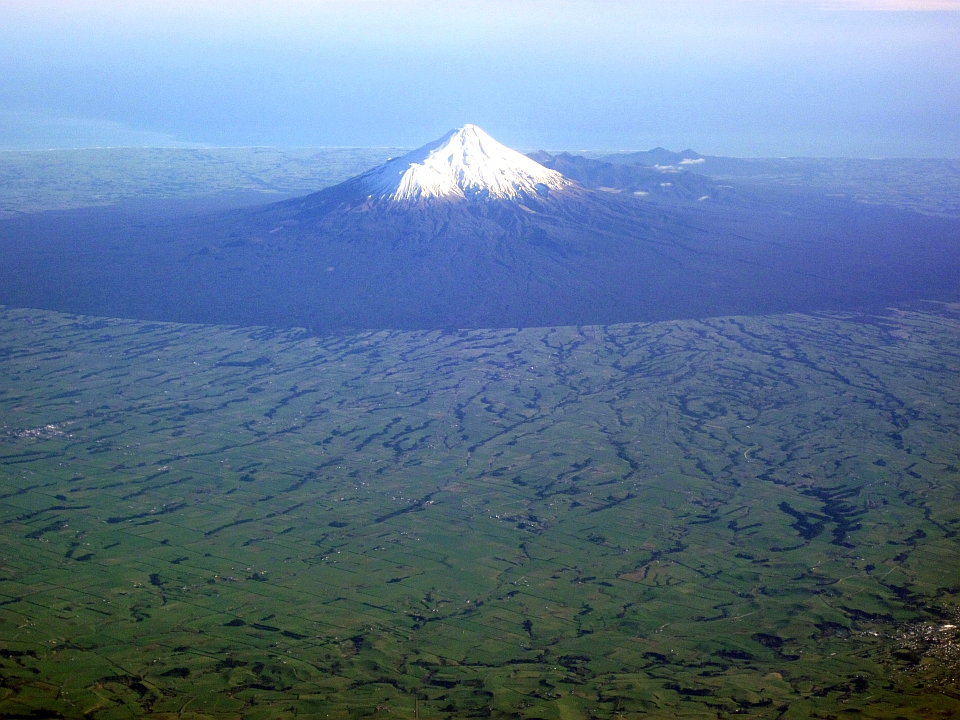 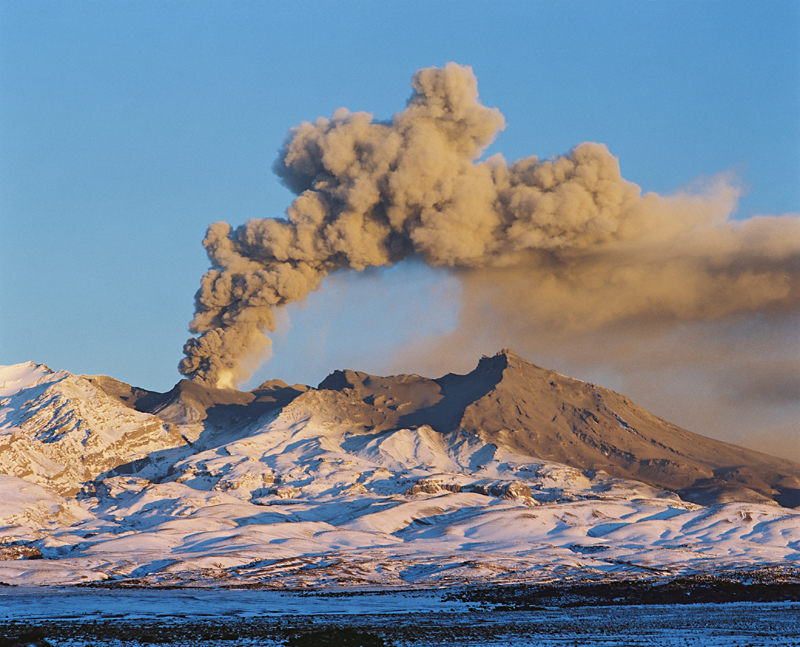 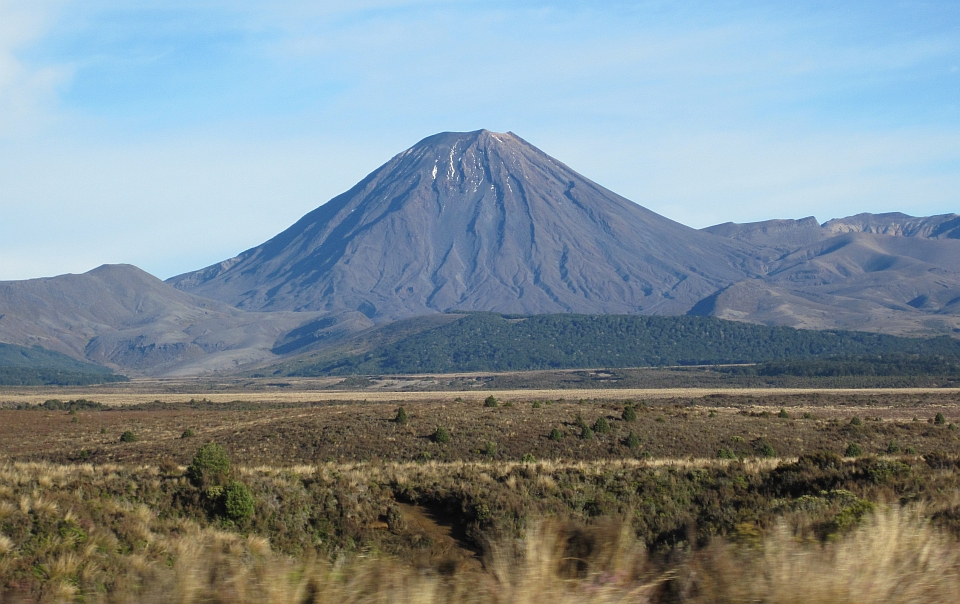 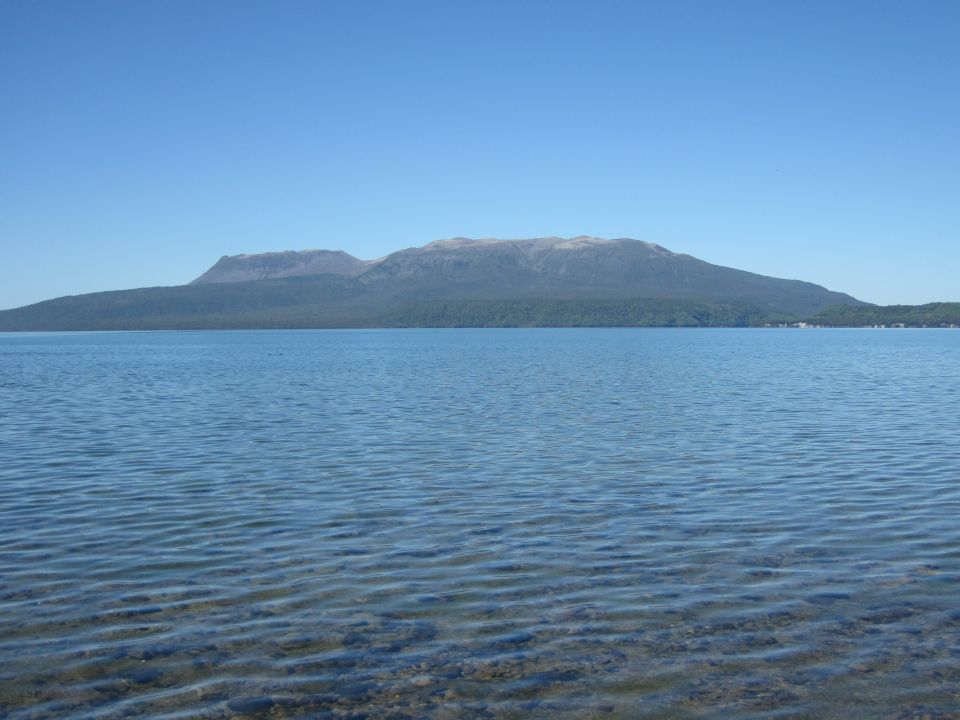 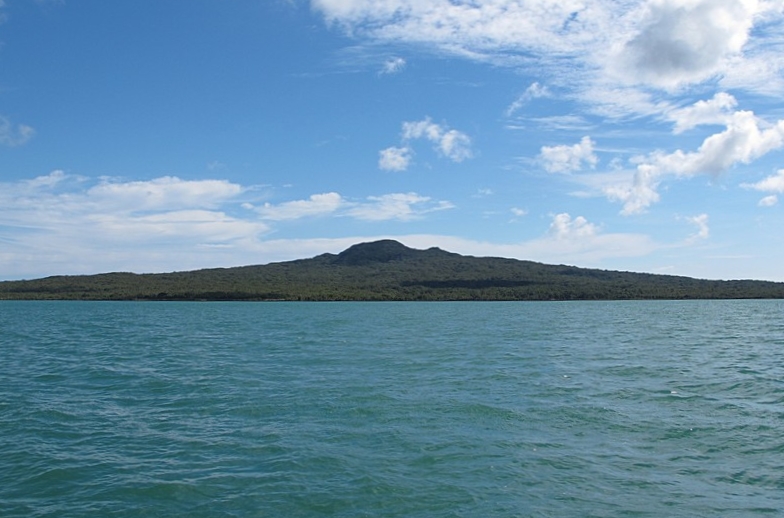 Rangitoto is a volcanic island and part of the Auckland Volcanic Field. When did Rangitoto last erupt? Do you think Rangitoto will erupt again? Image: LEARNZ.