The Future of Transport | LEARNZ
Skip to main content

The Future of Transport

What will transportation look like in the future? Electric vehicles, high-speed rail, and vehicles with increasing levels of automation are some of the latest transport features happening now. But what about all the technologies we have yet to discover? As global population rises and urban congestion increases, we will need to find new ways to move people efficiently, sustainably, and safely. 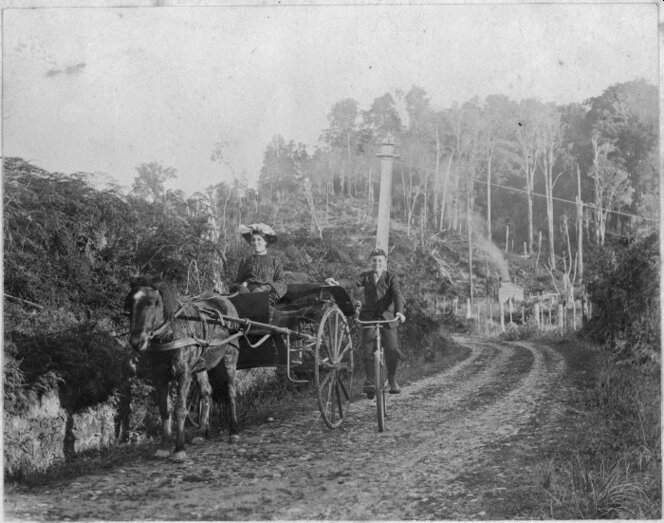 Looking back to look forward

Before thinking about where we could go in the future, it is important to look back at how far we have come. Think about the generation of New Zealanders born in the late 1800s. Someone born during that period would have grown up with such things as bullock- and horse-drawn vehicles. People also walked a lot, often pushing wheelbarrows and handcarts. Trains, trams, and cable cars were being developed throughout New Zealand at that time too, and bicycle use was becoming popular.

The first cars came to New Zealand in 1898. A young person in the early 1900s could have hardly imagined that within their lifetime cars would become commonplace. In the mid 1930’s, commercial flight was in its early stages. Very few people would have flown in an aircraft. Back then, people probably could not have imagined flying would become common, let alone that humans would land on the moon! This generation saw the unimaginable become reality. Life brings similar changes for us too. Have you seen things once unimaginable become reality? 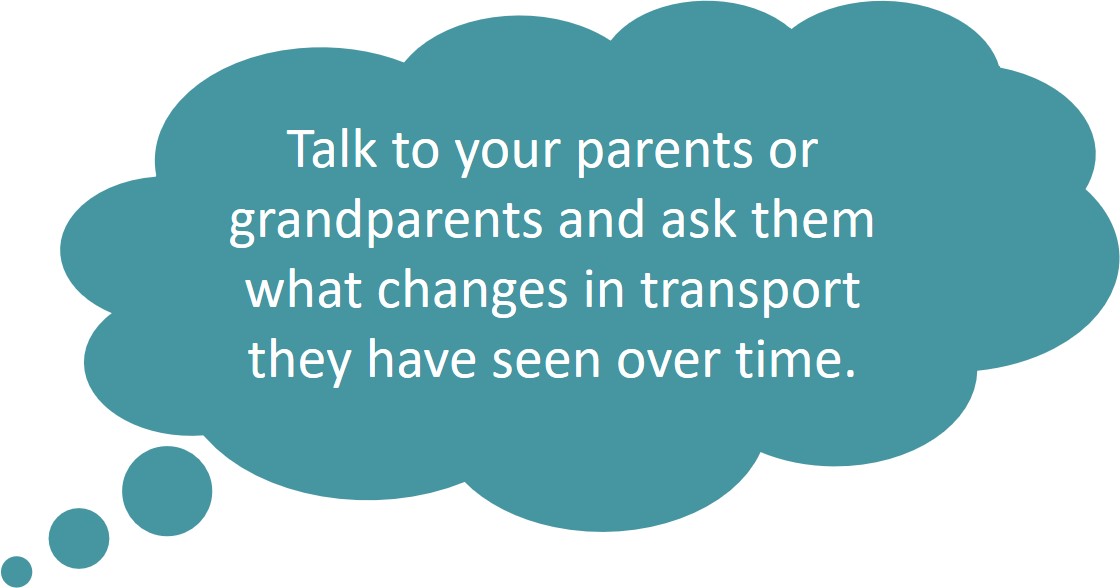 We obviously cannot predict the future with certainty, but we do already have a sense of what is possible. 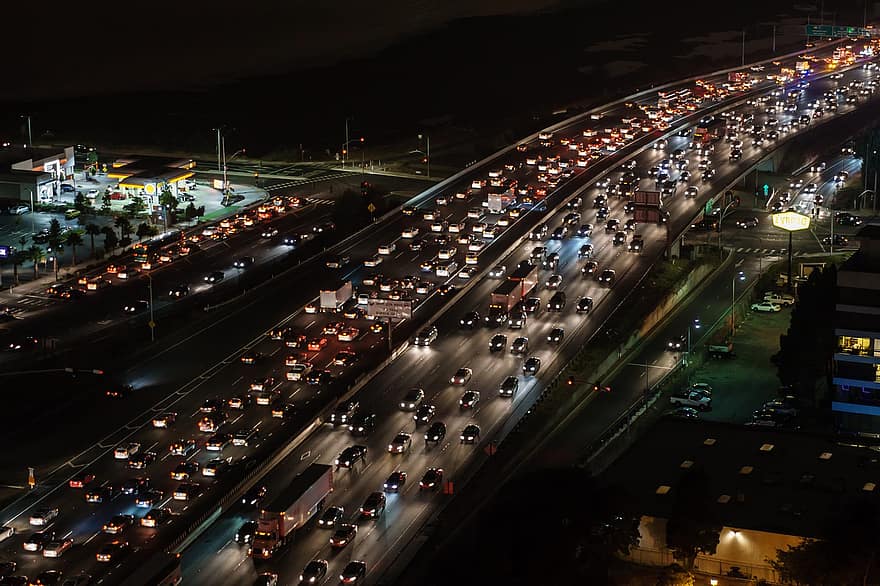 Transport has always shaped cities. In medieval times crossroads often resulted in the growth of market towns. Venice was built up around its canals. Industrial Britain’s development followed the route of railways and waterways. Many North American cities were created for the car.

But cities are now home to over half the global population. Carbon emissions are a big problem and air quality is increasingly poor. Scientists are working hard to invent the future of transport.

Transportation is now the fastest-growing source of greenhouse gas emissions, accounting for 24 percent of global emissions (Earth Day Network). Sustainable modes of transport are a win/win for you and the city. They lower carbon emissions and increase physical activity, leading to better health outcomes for all.

Several cities are already taking significant steps towards creating sustainable transport systems. For example, in Manila, in the Philippines, the Asian Development Bank is aiming to roll out 100,000 electric tricycles (e-trikes – which are used like taxis) to replace current fossil fuel versions.

Hangzhou in China, which already has the world’s largest bike-sharing scheme, has embraced the electric car. It is now installing multi-storey “vending machines” for ultra-compact electric cars, with a 125 kilometre range and costing just US$3 an hour. There are around 50 of these in the city today and plans for many more. Hangzhou also has battery-swapping facilities for around 500 electric taxis. 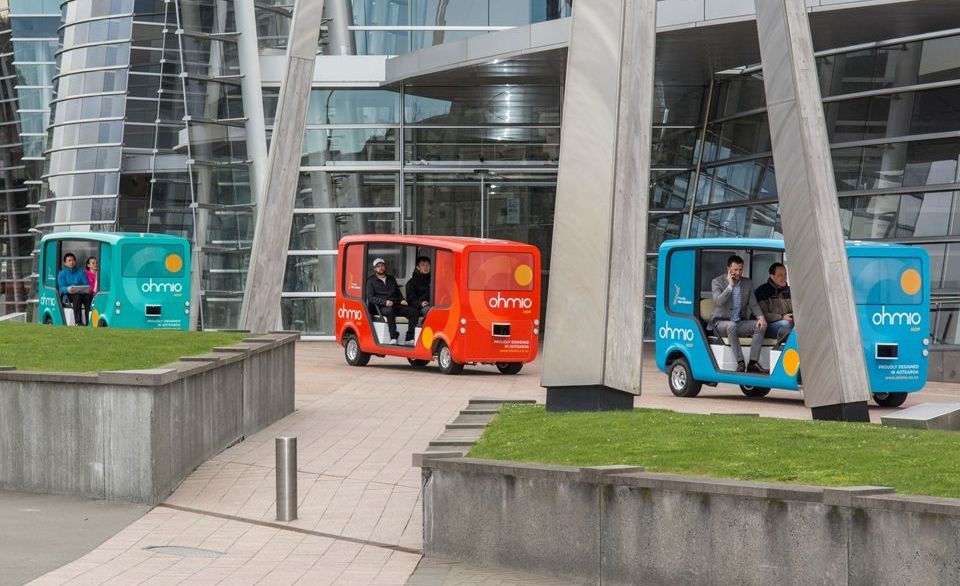 In design, imagination rules. People once laughed at the potential for human flight. No one thought the first cars could even make it across the road! So, what are the transport designs of the future? Weird and wonderful suggestions include vacuum tubes, underwater planes, space elevators and bicycles in the sky! Here are six examples:

The above examples are just some of the innovations on the horizon for the future of human transportation. Wherever the future of transport takes us, it will likely be shaped for a more sustainable world. 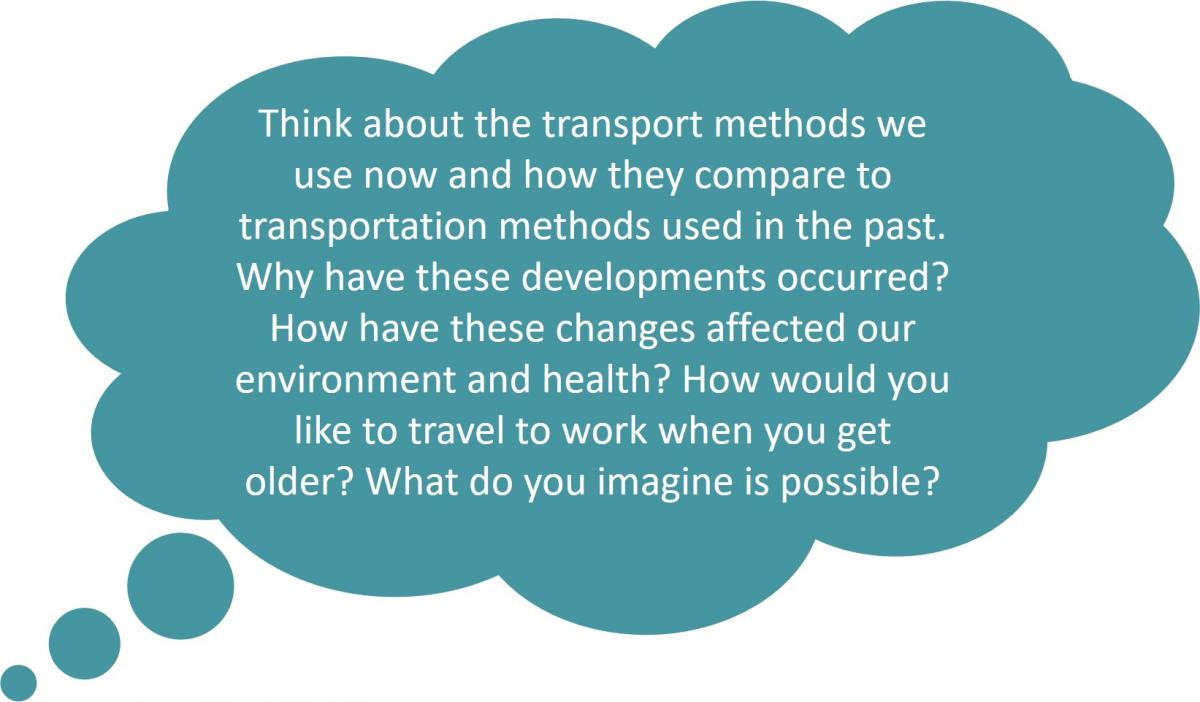 Ready for a quiz? Try The Future of Transport interactive activity.

An analysis of the amount of greenhouse gas emissions per kilometre showed that autonomous electric vehicles used as a fleet of driverless taxis would by 2030 have emissions that are 63 to 82 per cent lower than a future privately-owned hybrid car, and 90 per cent lower than a current petrol-driven private car. Further savings could be made by including things such as “platooning”, where several driverless vehicles are driven closely together in a row to reduce wind resistance, as well as using smoother acceleration and braking.


Next »
Road to Zero