Iceland is one of the most volcanically active places in the world and volcanic activity has shaped this island nation.

Many people visit Iceland to see volcanoes, especially after the challenging to pronounce Eyjafjallajökull grabbed the world's attention in 2010 by spewing ash into the atmosphere — and bringing European air travel to a halt.

Iceland is among the most volcanically active places in the world, with roughly one eruption every five years, not including submarine eruptions.

Volcanic activity is a fact of life in Iceland, where people have learned to live with both its drawbacks, and considerable advantages, such as geothermal energy and dramatic natural beauty.

So why does Iceland have so many volcanoes?

Iceland is located on a hot spot or mantle plume, where magma is especially close to the surface, which explains why land formed in this spot in the middle of the ocean, and not elsewhere along the tectonic ridge.

Since the Middle Ages, a third of all lava that has covered the earth's surface has erupted in Iceland.

A land of basalt

Iceland's entire surface is made of volcanic rock, most of it basalt — the rock that forms when lava cools. Iceland's towering cliffs and jagged islands and reefs are all made of basalt. When basalt cools in particular ways, it forms the hexagonal rock columns that you can see on the South Coast of Iceland and in other places.

Of the roughly 130 volcanoes in Iceland, the most common type is the stratovolcano — the classic cone-shaped peak with explosive eruptions that form a crater in the very top (such as Hekla and Katla, on the South Coast). There are also a few dormant shield volcanoes — with low-profile, wide-spreading lava flows.

Eruptions from fissure vents — long cracks in the earth's crust — are also common in Iceland.

There are over a hundred volcanoes on the central plateau which have not erupted in the past thousand years and between 30 and 40 that are active, meaning that they have erupted within the last few centuries.

The most famous and active volcano in Iceland is Mount Hekla, which has erupted 18 times since 1104, the last time in 2000. A typical submarine eruption occurred on the Reykjanes Ridge in 1963, resulting in a new island, Surtsey, which forms part of the same archipelago as Heimaey. It emerged from a depth of 130 m during an eruption which lasted until 1967. At its largest, this new island had an area of 2.8 km², but has now been reduced by wave action to 1.5 km².

Throughout Iceland's history, volcanoes have meant disaster. The largest recorded lava flow in world history occurred here in the summer of 1783, when 25km of craters poured out 14 cubic km of lava. So much ash was released that the sun was obscured for a time, and hundreds of thousands of sheep and cattle perished from the poisonous gases.

During the summer of 1783, a bluish haze from the eruption covered Europe and Western Asia, causing difficulties in agriculture there. This was one of the reasons for the 1789 revolt in France. 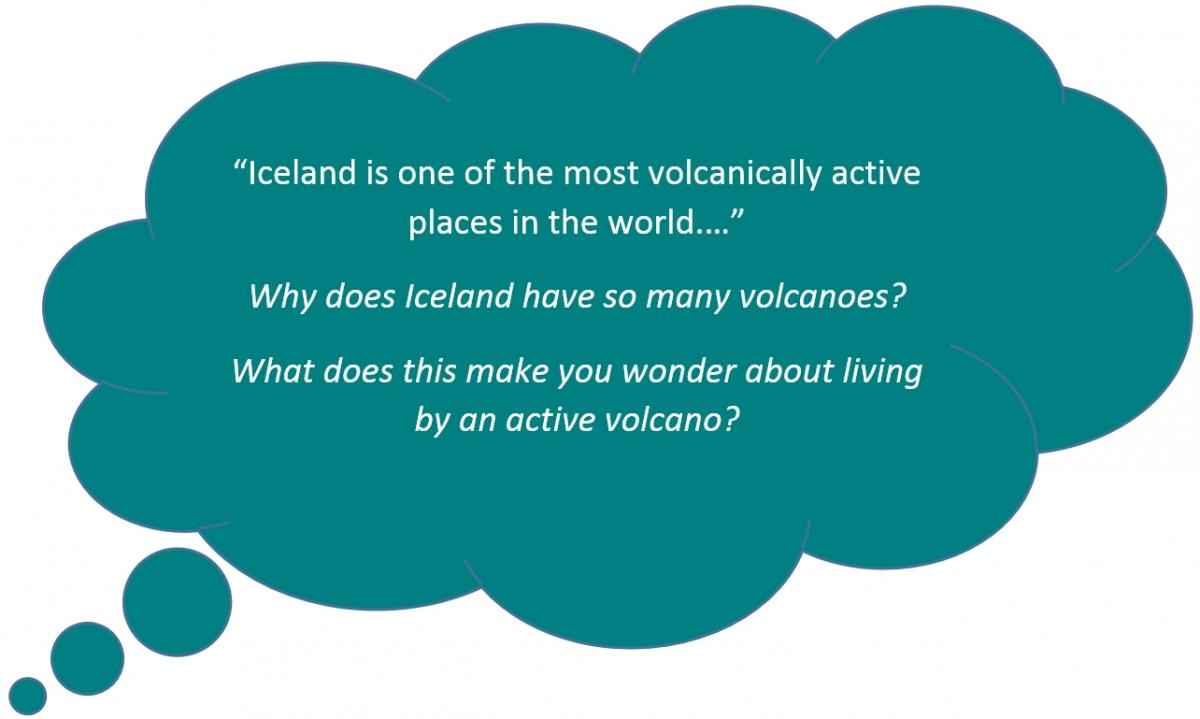 The same geological activity that creates the volcanoes provides an endless supply of geothermal energy. Over 90% of housing in Iceland is heated by natural geothermal heat.

Ready for a quiz? Try the 'Iceland's Volcanoes' interactive activity.

Which volcano in Iceland would you most like to visit and why?

Previous
Iceland
Next
Drilling into a Volcano 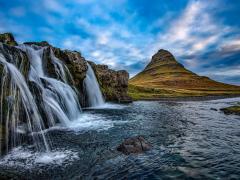 Volcanic activity has shaped the spectacular landscape of Iceland. This is the Kirkjufell waterfalls. Pixabay. 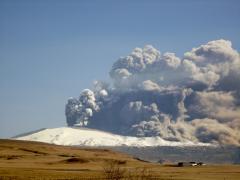 The eruption at Eyjafjallajökull April 17, 2010 caused major travel disruptions with the cancellation of many flights across Europe. Image: Wikimedia, Árni Friðriksson. 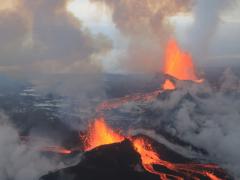 Since the Middle Ages, a third of all lava that has covered the earth's surface has erupted in Iceland. Image: peterhartree 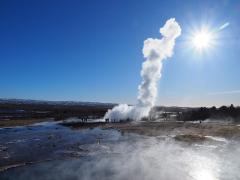