Iceland is an island near the Arctic Circle that is has been shaped by geological forces similar to New Zealand.

Iceland is an island in the North Atlantic, located near the Arctic Circle, between Greenland and Norway. Iceland has a population of only 348,580 people. You can drive around the island of Iceland in a single day.

Iceland is a country of extreme geological contrasts. Widely known as “The Land of Fire and Ice” Iceland is home to some of the largest glaciers in Europe, and some of the world’s most active volcanoes.

Iceland is also the land of light and darkness. Long summer days with near 24-hours of sunshine are offset by short winter days with only a few hours of daylight.

Active volcanoes, bright green valleys, glacier-cut fjords, black sand beaches, and roaring rivers are the most distinctive features of the Icelandic landscape. Formed about 25 million years ago, Iceland is one of the youngest landmasses on the planet, and consequently home to some of the world's most active volcanoes.

The last volcanoes to erupt were Eyjafjallajökull in 2010 and Grímsvötn in 2011. Iceland even has the world's newest island, Surtsey, formed in a volcanic eruption in 1963. Like New Zealand Iceland also has frequent earthquakes.

Conservation of the environment is a high priority for Iceland. Fisheries and exports of seafood are important to the economy. Like New Zealand, Iceland has a quota system in fisheries, limiting the total allowable catch to a level thought to be sustainable by marine scientists.

When Iceland was first settled, it was extensively forested. The arrival of humans disturbed the delicate ecosystem. Forest exploitation, overgrazing, volcanic activity, glacier movement and unfavourable climate all contributed to soil erosion. Only about a quarter of Iceland has a continuous plant cover today.

Like New Zealand Iceland is able to produce electricity from renewable sources. Most of Iceland’s electricity comes from hydroelectric power and geothermal energy. Nearly 90% of homes in Iceland are heated with geothermal water. Geothermal steam has been used directly for some industrial processing applications in Iceland for decades, such as vegetable farming in greenhouses. It has also been developed for electricity generation on a small but growing scale. 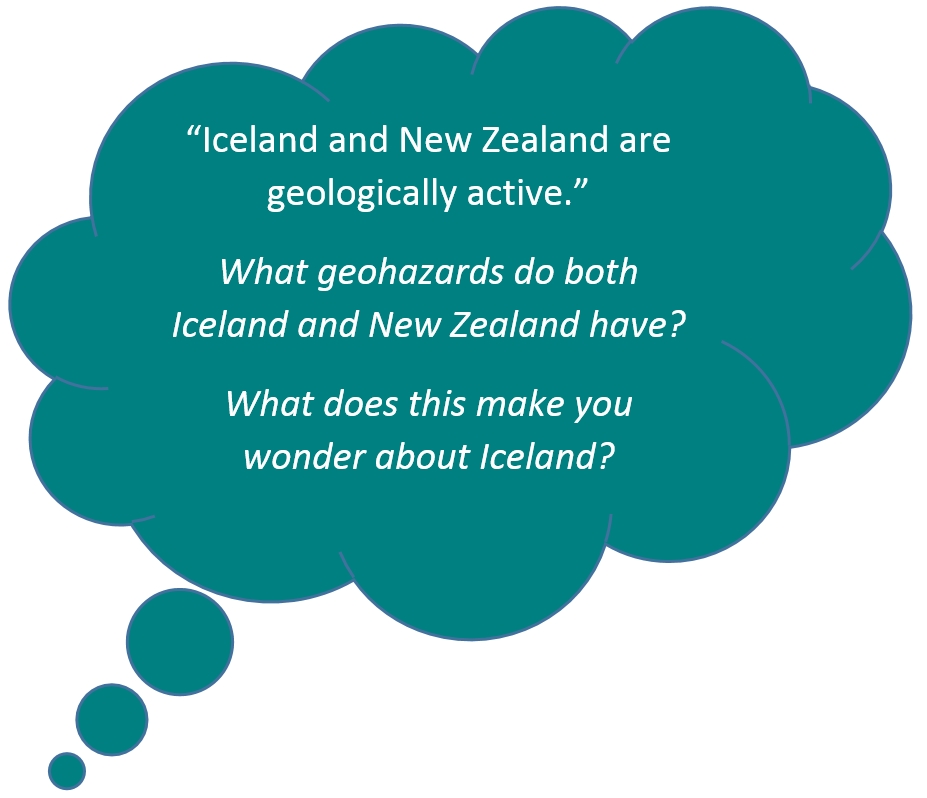 Iceland has very mild, coastal weather, due to the warm Gulf Stream. The weather is also affected by the East Greenland polar current curving south-eastwards round the north and east coasts. The average summer temperature in Reykjavik is 10.6°C in July, with average highs of 24.3°C. The average winter temperature in Reykjavik is about 0°C in January with average highs of 9.9°C. The weather can be very unpredictable and often changes in an instant.

Ready for a quiz? Try the 'Iceland' interactive activity.

What are the similarities and differences between Iceland and New Zealand? 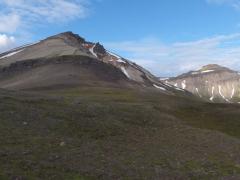 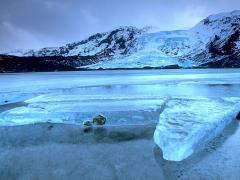 Iceland has many glaciers, like New Zealand. This glacier is on the active volcano of Eyjafjallajökull. Image: Wikimedia, Andreas Tille. 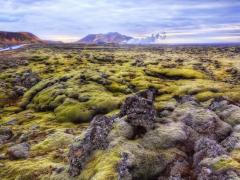 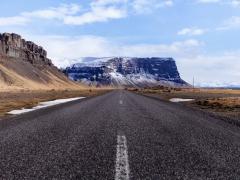 Iceland has many active volcanoes and the landscape is shaped by volcanism. Image: Anders Jilden.