What is a Bioblitz | LEARNZ
Skip to main content

What is a Bioblitz

A BioBlitz is a survey to identify the different plants and animals that live within a certain area.

A BioBlitz is an event that focuses on finding and identifying as many species as possible in a specific area over a short period of time.

At a BioBlitz, scientists work together with volunteers to get a snapshot of an area’s biodiversity. These events can happen in almost any area; in areas as small as a backyard or as large as a country.

During a BioBlitz, apps such as iNaturalist make collecting photos and information about living things easy. This data is available to anyone and helps scientists and policy makers around the world. The more we know about the species that live in different areas the better we can protect them.

The first BioBlitz in New Zealand was held in Auckland in April 2004. It is a regular annual event in parts of the USA. A BioBlitz allows people to get to know about the variety of plants and animals that live in a certain area.

A BioBlitz brings experts together. It is rare for so many different types of biologists to be able to work together in the same place, at the same time and on the same project.

Teams of scientists search around the clock for every species they can find. Nocturnal animals are much easier to find during darkness. Most species can be identified in the field.

Base camp is an area set up for scientists and volunteers. This is where data is recorded, and plants and animals can be identified. Microscopes are available to help with identifying species.

A BioBlitz survey usually lasts for 24 hours. The final tally of organisms is made and announced as soon as possible.

A BioBlitz gives a list of species found in an area. This information helps people to manage these areas better. It identifies pest species that should be monitored or controlled, and native species that need looking after. It gives information about how much biodiversity the area contains.

Students from Mt Somers Springburn School along with a group from Mount Hutt College took part in a BioBlitz at Lake Clearwater. They found and photographed as many insects, plants, fish, fungi, and birds as they could on the 11th February.

Ready for a quiz? Try the "What is a BioBlitz" interactive activity.

How many different species can you identify in your own backyard? 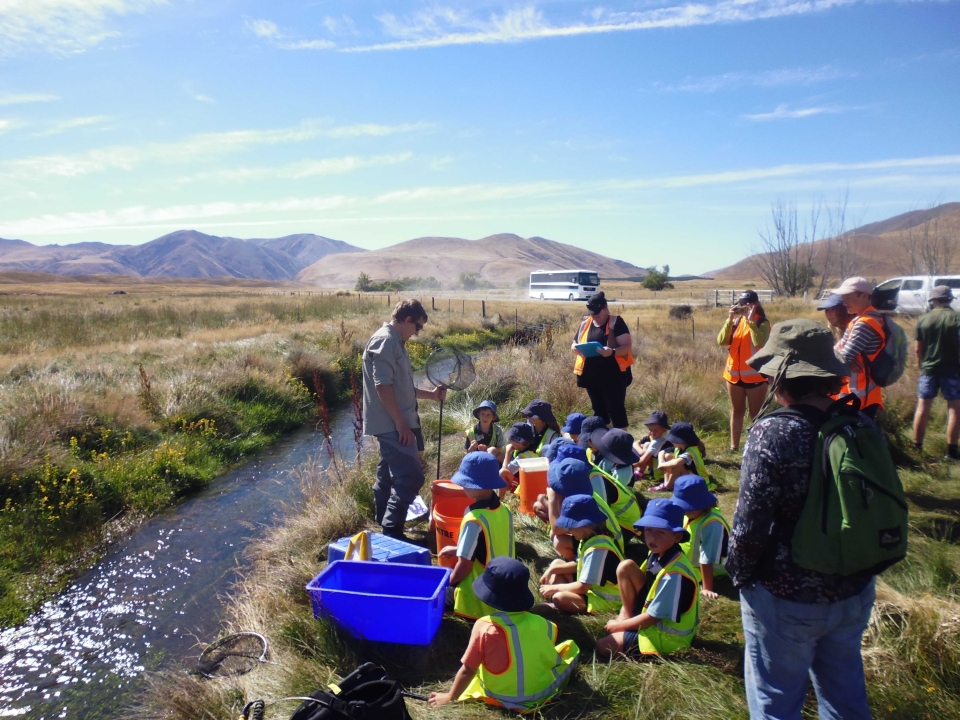 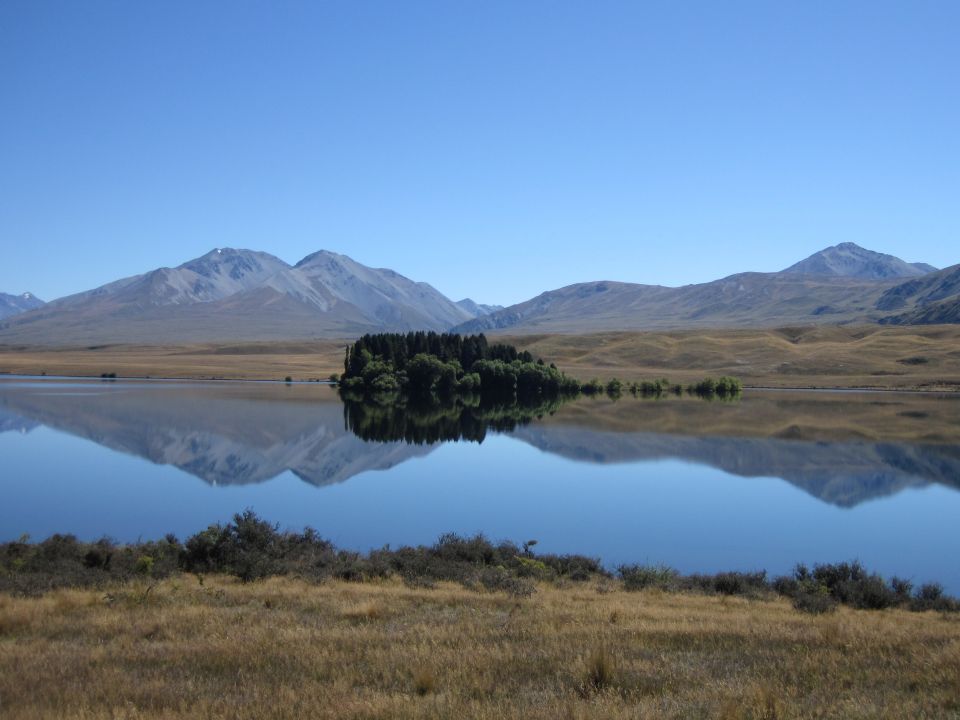 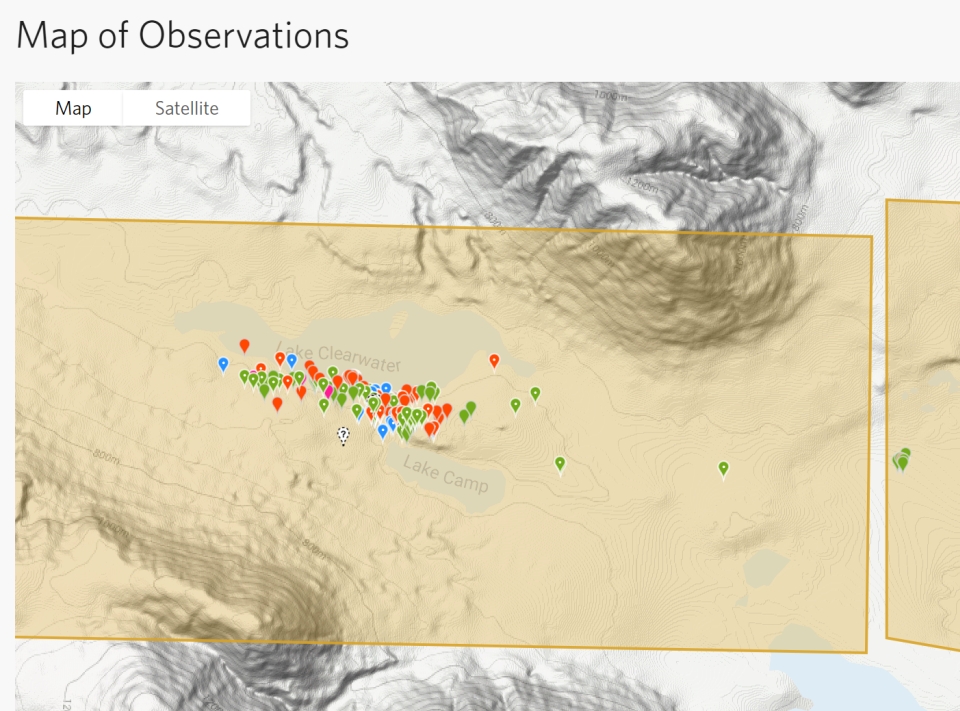 This map shows where observations were made during the Lake Clearwater BioBlitz. Image: iNaturalist. 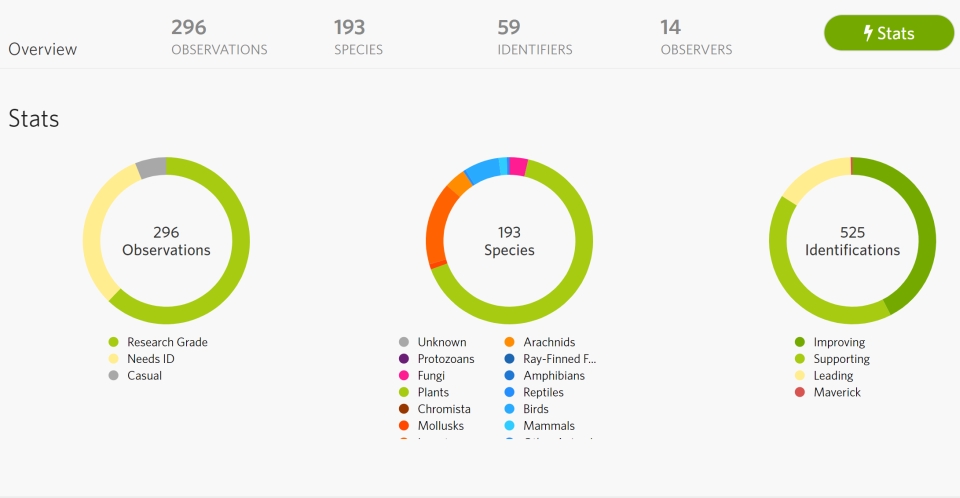 During the Lake Clearwater BioBlitz 296 observations were made and 193 species were identified. Image: iNaturalist.