All marine life in Antarctica relies on phytoplankton either directly as food or because what it eats needs to eat phytoplankton.

Phytoplankton or plant plankton are tiny speck-sized plants that float in water. They can only be seen by people using a microscope. They are usually single celled and use the sun to make energy. There are many different types of phytoplankton.

Algae living under the sea ice

There is a range of different types of algae that can be found living below the sea ice including sea ice algae and phytoplankton.

Zooplankton are tiny animals that feed off either phytoplankton or other zooplankton. Zooplankton do not really swim, they float with the currents. A common type of zooplankton you might have heard of is krill, which look like mini crayfish but without the big pincers! Krill are a key species – they are most important in this food chain because they are the food source for the larger consumers such as penguins, sea birds, seals and baleen whales. If krill numbers go down, this affects other species.

A large variety of animals without backbones (invertebrates) live on the sea floor in Antarctica. These include:

Antarctica is home to around 100 species of fish. Some of them live in the deep water, whereas others make their home just below the sea ice. Most of the fish feed on krill or on each other – a small number of fish eat producers.

Around 40 different species live in the Antarctic waters. They eat fish and krill.

There are six species of penguin found in and around Antarctica;

Why do you think there are no penguins in the Arctic and no polar bears in the Antarctic?

Seals are marine mammals that spend most of their time in the water, but they return to land to breed. They eat prey such as fish, penguins, squid and krill.

Whales are another marine mammal, but unlike the seals, they live the whole time in the water. The Blue Whale is the largest species of whale and it is found in Antarctica.

How do scientists monitor whale populations – what data do they collect?

Why do you think it is helpful to group animals and find out about different conditions within an ecosystem? 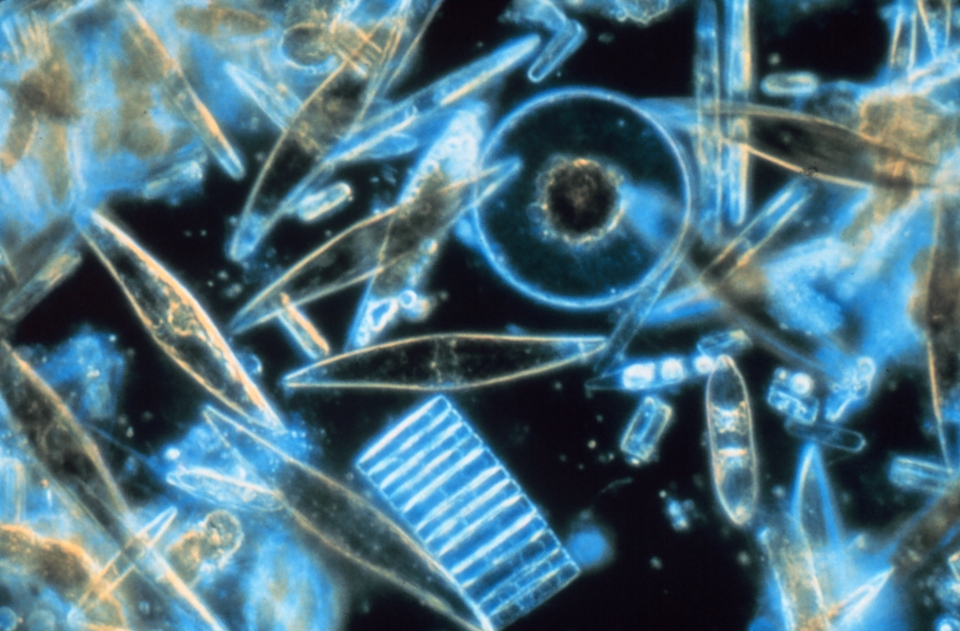 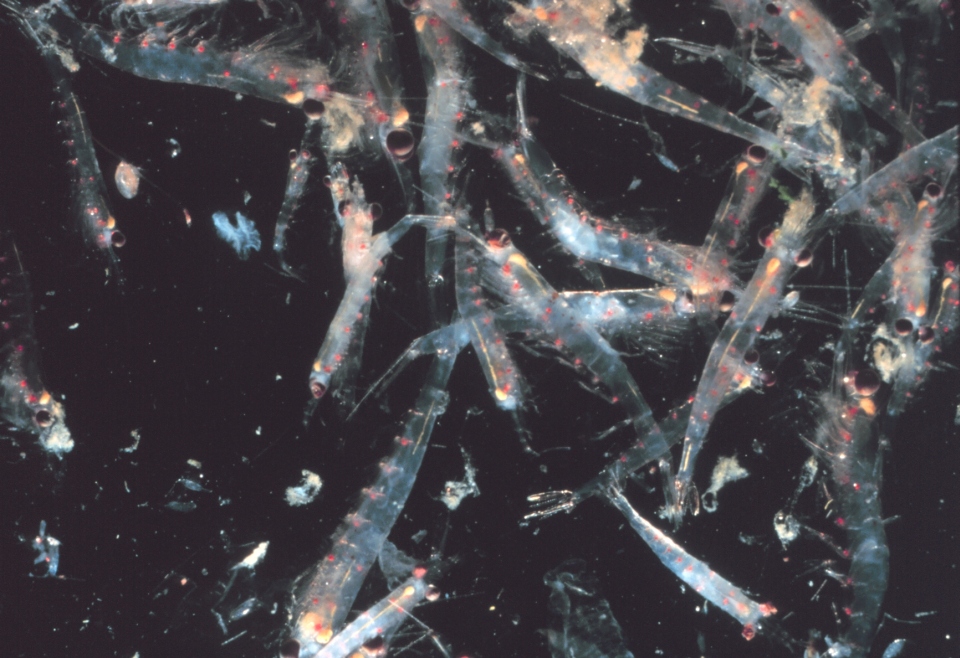 Young krill are a type of zooplankton and are an important food source in the Antarctic marine ecosystem. Image: Jamie Hall - NOAA. 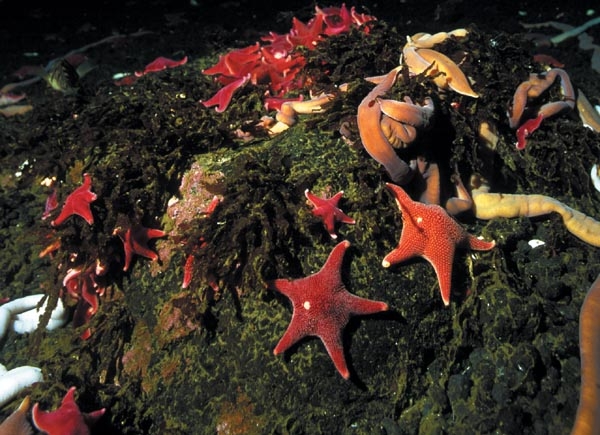 Seastars and ribbon worms on a boulder covered with attached macro-algae all form part of the Antarctic food web. Image: Rod Budd (NIWA). 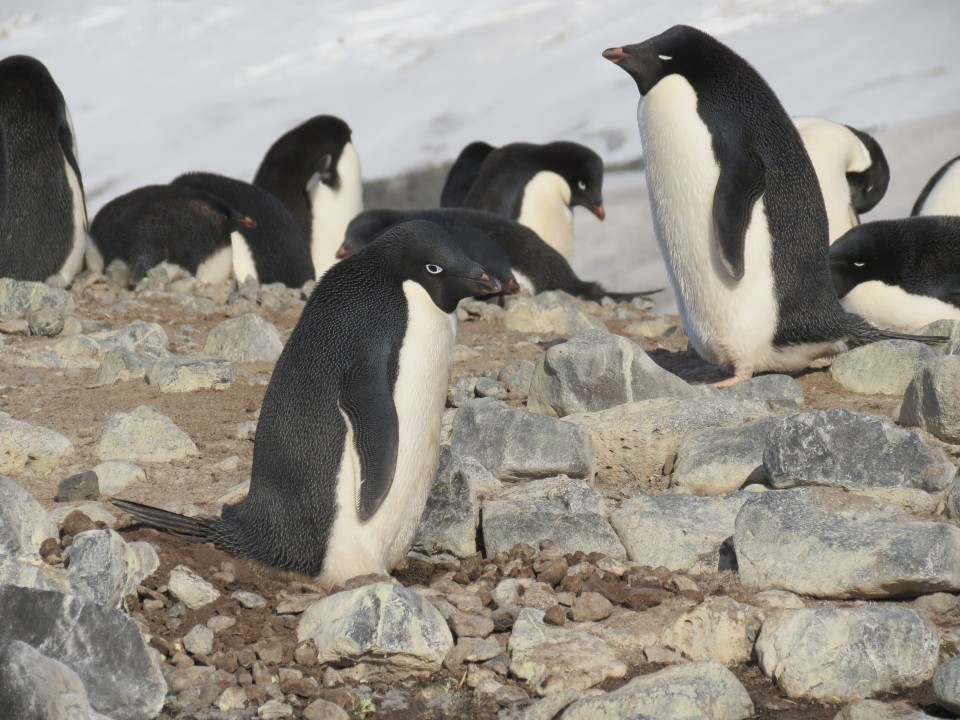