The area around Mount Cook/Pukeahu has played an important part in the history of New Zealand / Aotearoa.

The hill, Mount Cook/Pukeahu has always been a special place for Māori living around Te Whanganui a Tara/Wellington Harbour.

Pukeahu was used as a pā (fortified village) by Te Ati Awa, a tribe from Taranaki who settled in Te Whanganui a Tara. The slopes leading down to the harbour were gardens from the earliest times.

When European settlers arrived in 1840, they saw that Mount Cook/Pukeahu was a good place for defence so they built their army, police barracks and prisons there.

After the First World War the Government decided to build the National War Memorial on Mount Cook/Pukeahu in Wellington. The place was chosen because;

The National War Memorial tower includes a carillon. A carillon is a very big musical instrument made up of huge bells.

Mount Cook/Pukeahu is also an important place for education;
•    Mount Cook School was built there in 1875
•    Wellington High School and Massey University College of Creative Arts are also there.

Many Wellington streets are named after the directors of the New Zealand Company, formed in 1823. John William Buckle was one of those directors.

Every year the Buckle Street part of SH1 has to be closed for memorial services at the National War Memorial. 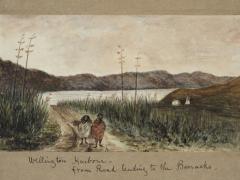 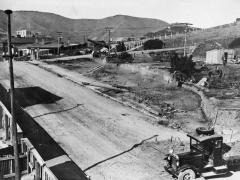 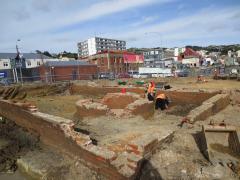