For centuries people have used the ocean to gather food and resources, for recreation, and as a dumping ground. It is only recently that people have become aware of the importance of the ocean in supporting life and influencing climate.

We now know that it’s not only our activities in the marine environment that affect life in the sea, but also the things we do on land.

As kaitiaki/guardians of the sea we must build our understanding of our unique sea life, so we can better protect it. Many of the species and habitats found in our waters are under threat.

The marine environment is affected by humans through:

People living near the sea have probably always used the sea as a source of food. However, with advances in fishing equipment, larger ships, new tracking technologies and growing numbers of people, many fish stocks around the world have been over-fished.

Our oceans have been used as a dumping ground for all sorts of waste including sewage, industrial run-off and chemicals. People now realise that our oceans cannot survive if we continue to pollute them.

Some marine pollution may be accidental, for example, oil spills caused by tanker accidents. Some may be indirect, when pollutants from land flows out to sea in stormwater drains and rivers. Some effects may build up over time. Bioaccumulation is the process where levels of toxic chemicals in organisms increase as they eat each other at each trophic level in the food web. In some parts of the world it is not safe to eat shellfish or fish because they have accumulated pollutants such as lead from their food.

Ever heard the phrase, 'too much of a good thing?' Eutrophication is a good example of this. When marine systems have too many nutrients flowing into them, the entire system suffers. These nutrients usually come from fertilisers used in intensive land farming, which are washed into the sea.

Extra nutrients in the sea can lead to excessive phytoplankton growth that results in ‘blooms’. When these large numbers of organisms have exhausted the nutrients they die, and are decomposed by bacteria that use oxygen. This leads to a drop in oxygen levels, which other organisms such as fish rely on. These organisms may also produce toxins that affect other marine life and/or humans.

Rain, rivers and streams wash sediment off the land and into estuaries and the sea. This can be sped up by clearing land for buildings and industry. Sediment can build up and smother the seabed, killing creatures living in the mud.

Fine suspended sediments make the water cloudy. This can result in the loss of aquatic plants such as seagrass, which can no longer photosynthesise to make their food due to insufficient light. Loss of light and water clarity also affects visual predators, such as birds and some fish (such as snapper) who can’t find their prey.

Invasive species are a threat to our marine environment. It is not always easy to monitor or prevent the introduction of unwanted marine organisms. Visiting ships may introduce them accidentally on their hulls, in ballast water or on equipment. They can also arrive ‘naturally’, eg Myrtle rust was blown over the sea from Australia.

Not all invasive species will spread or even survive, but if they get established they may be difficult or impossible to remove, and may out compete native species.

Climate change can lead to more severe storms which will increase the amount of sediment flowing into the sea, changing light and other conditions.

The oceans also absorb heat. A slight increase in sea temperatures can have a large impact on marine ecosystems and the organisms living within them.

Human activity has lead to an increase in carbon dioxide levels in our atmosphere. The ocean absorbs around a third of our CO2 emissions. More CO2 in the ocean leads to an increase in acidity. Even though this increase is small it can affect sea creatures, especially those that have a shell which is damaged by the increased acidity. 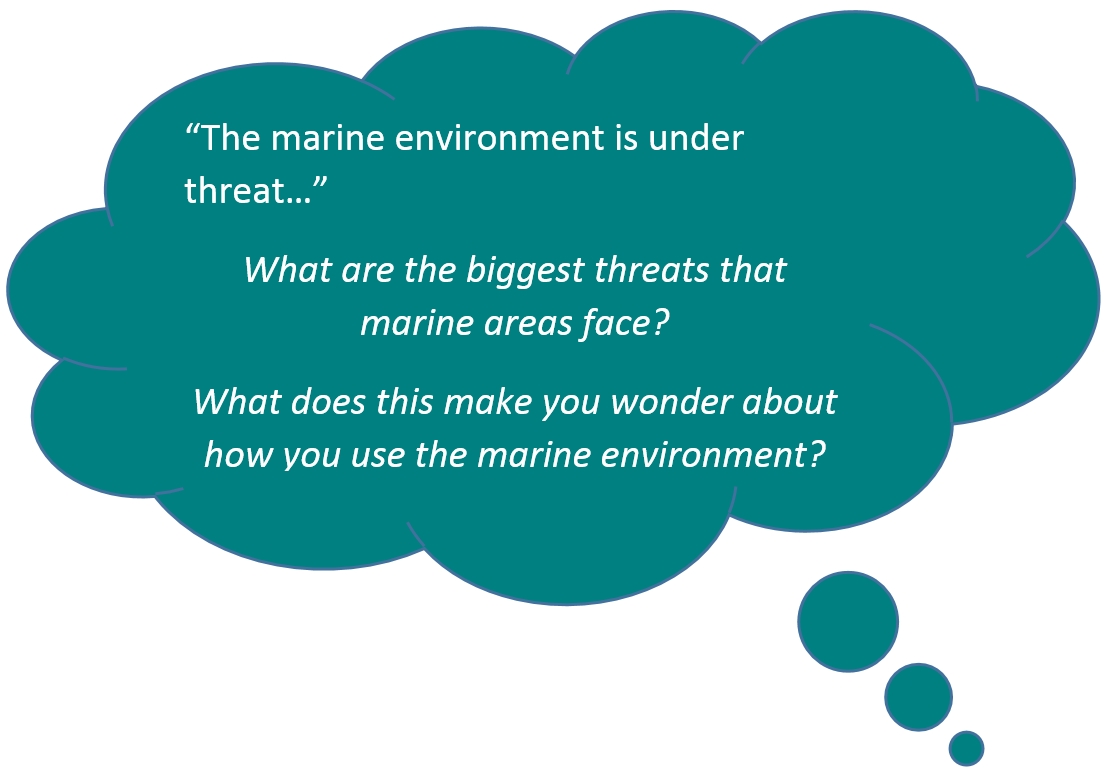 The way people use the land and sea can have a negative impact, including: 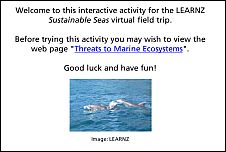 How do you think the marine environment can be protected from invasive pest species? 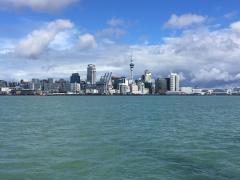 It is not only our activities in marine areas that affect life in the sea, but also the things we do on land. Image: LEARNZ. 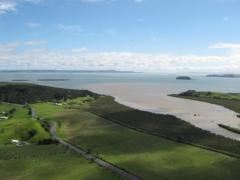 When soils erode, sediments are washed into waterways. When forests are removed more sediment washes into waterways and can smother plants and animals. Image: NIWA. 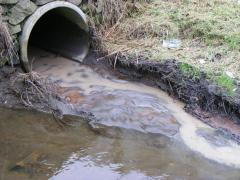 Stormwater drains into rivers and the sea so it is important to only let rain enter these drains. Image: NIWA. 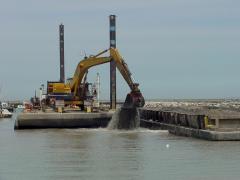 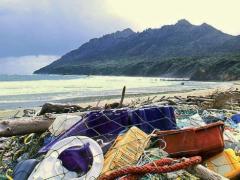 Rubbish which can harm marine life can end up in the sea and washed up on beaches. Image: Hedgehog House. 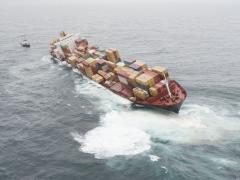 The Rena container ship came aground on the Astrolabe off the coast of Tauranga, causing a major oil spill. Accidents such as this can have a devastating impact on marine areas. Image: New Zealand Defence Force.