The Motion of the Ocean | LEARNZ
Skip to main content

The Motion of the Ocean

The ocean is in constant motion driven by winds, tides and changes in temperature and salinity.

The ocean is always moving. The ocean moves water, heat, salt and nutrients around the world.

What causes this movement?

Ocean currents are caused by:

There a two main types of ocean current:

Both surface and deep ocean currents work with the atmosphere to shape the Earth’s climate.

There are five main oceans, these are the:

These large-scale surface currents can travel at up to 4km an hour. They are important because they carry heat away from the tropics, giving it back up to the atmosphere as they head towards the poles.

New Zealand is affected by warm subtropical currents coming from Australia and the cold Antarctic circumpolar current. Wind can also create smaller currents at the local scale that can change overtime.

Deep in the ocean there are slower moving currents created by changes in:

In the North Atlantic, cold winds from the Arctic cool the surface water. The formation of sea ice removes water but leaves the salt behind, so the water becomes more salty. The cold, salty water is denser than the water below, so it sinks and flows south like a very large, slow river in the ocean. The cold, salty water eventually flows past Antarctica, then north into the Pacific and Indian Oceans. Here, the water gradually warms and mixes with other water to become less salty – it becomes less dense, so rises to the surface.

This upwelling is very slow – the water rises only a few metres a year. Water that sinks in the North Atlantic may not see the surface again for a thousand years.

Tides create a current in the oceans, which are strongest near the shore, and in bays and estuaries along the coast. These are called "tidal currents."

Tidal currents change in a very regular pattern and can be predicted for future dates. Tides are driven by the gravitational force of the moon and sun. Tides are characterized by water moving up and down over a long period of time.

By studying ocean currents scientists can gain a better understanding of how heat, nutrients and pollutants such as plastic are dispersed throughout the world. 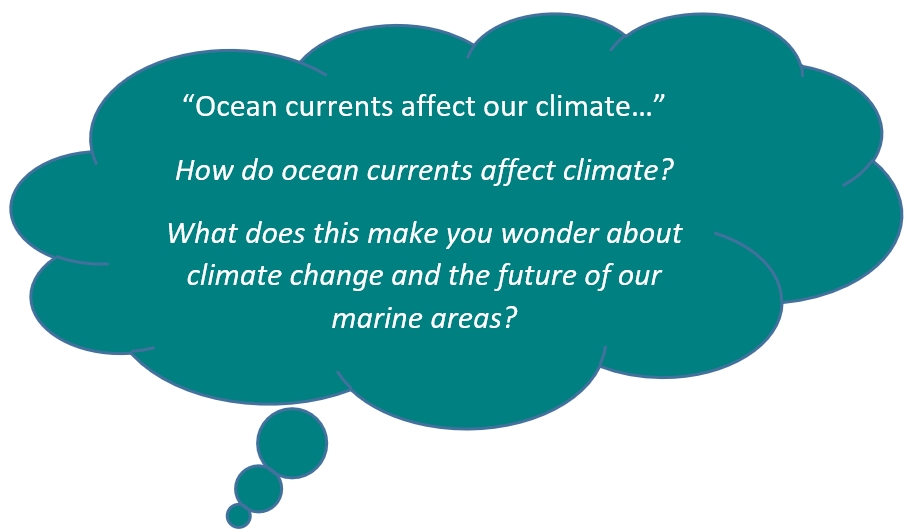 Can you find out more about how ocean currents affect New Zealand?

Previous
What You Can Do
Next
Plastic Pollution 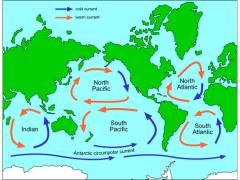 Each of the 5 main oceans has an overall large-scale pattern of currents, called gyres, that circle around them. Image: University of Waikato, Science Learning Hub. 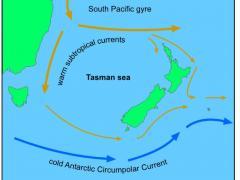 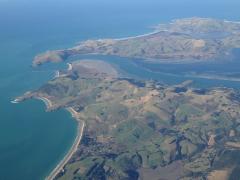 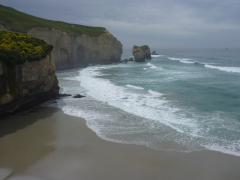 Tides are a type of ocean current that change in a daily predictable pattern. Image: LEARNZ.